Starting to get boring

So WoW have lost a lot of subscribers and there's a lot of people blaming it on the no flying in Draenor part. Yeah I can honestly say it's a bit sad that there won't be any flying in Draenor but I do not believe that most people left because of that. I mean we didn't have flying in Pandaria until we hit max level. And on Timeless isle, Isle of Thunder and Isle of Giants there never were any flying at all.
Honestly I do believe it's more thanks to how they've made the expansion this time. From 90 to 100 goes quite fast even by doing only the Draenor quests. And then as lvl 100 what is there for you to do? Pretty much only raids or BGs. The Apexis daily isn't like the dailys we had in MoP that actually gave you something. The Garrison is a nice feature but I don't want to spend the rest of the expansion in mine.
The only thing I now do with my lvl 100 toons is running old stuff that I never got to so I can get some transmogs and perhaps achievements to get a mount or two. And after a while that gets boring too as the stuff you want never drops anyway.
I know WoW have been around for 10 years now and I can understand that the devs wants to try new stuff and change things to see how it works out. But some things should not be taken away. Right now the game is getting a bit boring as I wait for something for my lvl 100 to do except run around their Garrison picking herbs or mine.
Yeah I should stop playing if I don't fun the game fun anymore. Well in one way it is fun as I got my friends there. And leveling a new toon from lvl 1 too 100 will probably be fun too. Hopefully when that toon is lvl 100 there will be something for her to do except stand in her Garrison and look pretty.
at 08:21 No comments:

So I´m going to try and get the blogging going again. Honestly I´ve felt no interest in writing anything but as I´m stating a leveling project as a twitter friend came up with a laidback raid group I felt like starting to blog again too. Currently a toon I made when Cataclysm was new and later was deleted as I didn´t know anyone that actually played Alliance she got deleted is now on her way to a new server. Blizzard put in the feature to revive former deleted toons and when I saw my first Worgen I just couldn´t keep myself from revive her.

She and a Gnome priest will be the two toons I´ll be spending a lot of time on as I feel being level 100 at the time is quite boring. LFR makes me feel bad and I actually miss the daily quest we got swamped with in Mist. Some say the apexis crystal quests are the new dailys and perhaps they are but to me they feel like a useless grind. So I rather go and level a new toon or two. And after all I haven´t really done the alliance part of Draenor so this might actually be fun.

The Worgen Warrior is gladly now 62 which puts me in Outland and I don´t need to do the pesky Vanilla quests. Sadly as the gnome was not an old toon I´m running around doing the same quest I´ve done about 10 times already (yeah I´ve started a lot of alliance toons long ago). But a poke and puppy eyes often help me get dragged through dungeons for some easy exp that I don´t need to share. Yeah I´m a bit greedy. I know I should jump into a random dungeon with random people and heal their stupid asses but it takes a toll on the nerves to heal people that stand in fire for no reason. Yes I know there´s some pools of crap on the floor of some bosses that you need to stand on but come on…

Oh well… I got a week to get to lvl 100 on the priest. Only about 72 levels left to go. This will be fun. Thankfully the friend that came up with the idea have told me to jump in when the toon is ready. If real life stuff doesn´t get too much in the way I don´t think it will take that long to get those levels down. Leveling with looms does make it go a bit faster.
at 16:25 No comments: 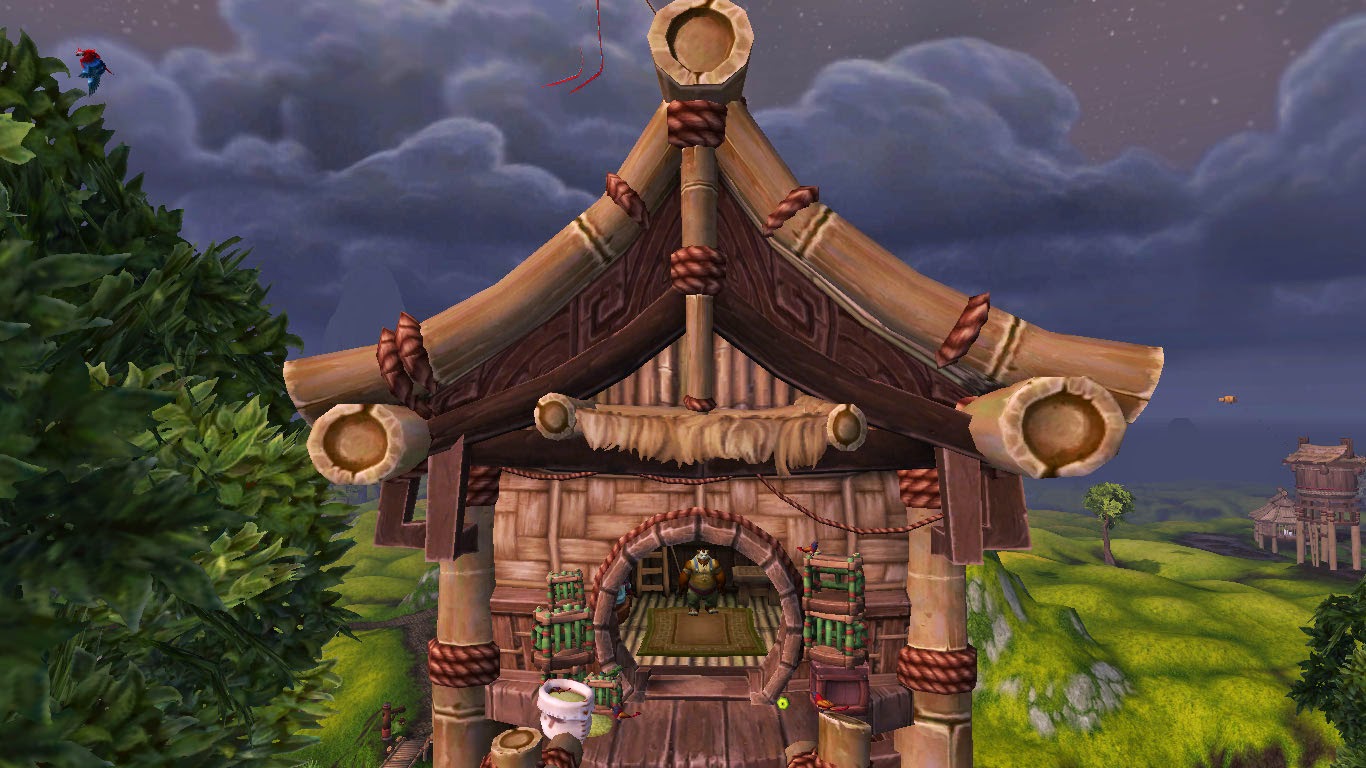 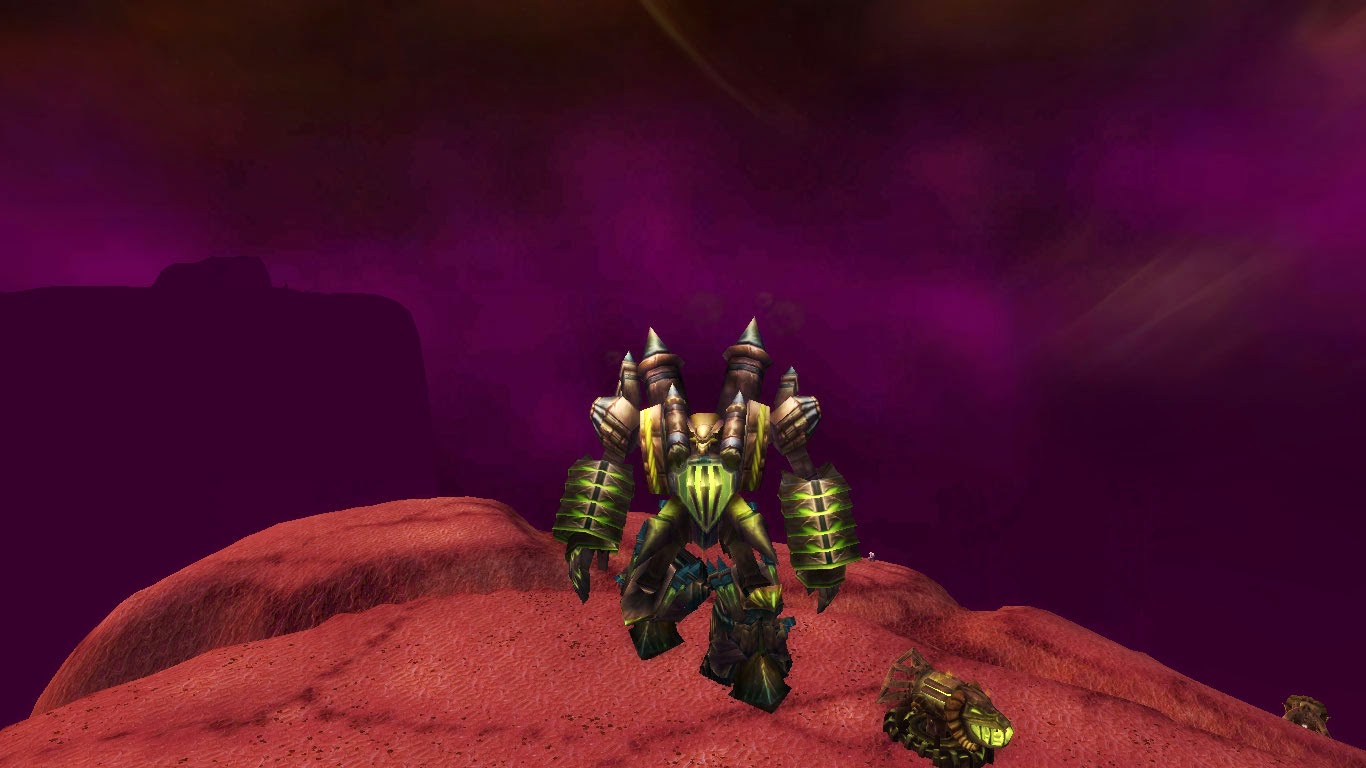 "YOU ARE SOOOOOOOOOO LOUD!!!!" 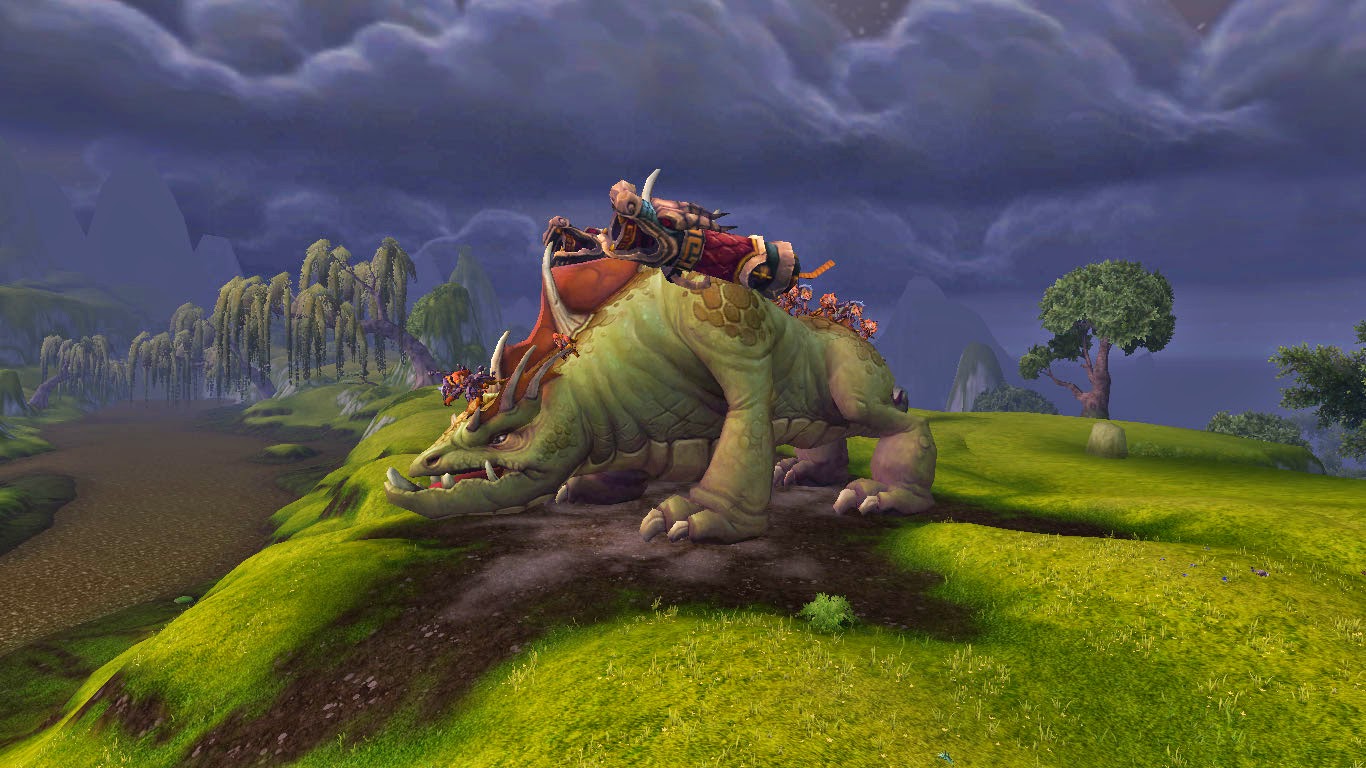 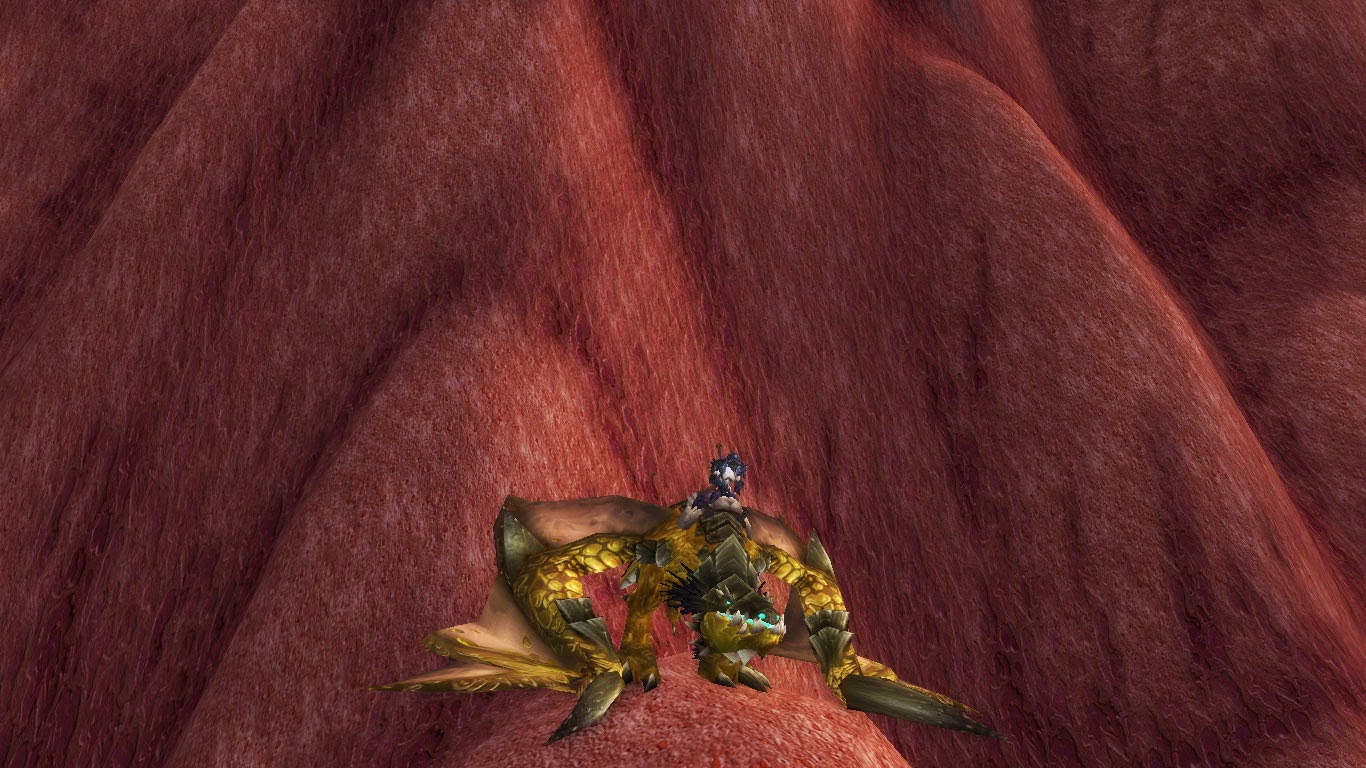 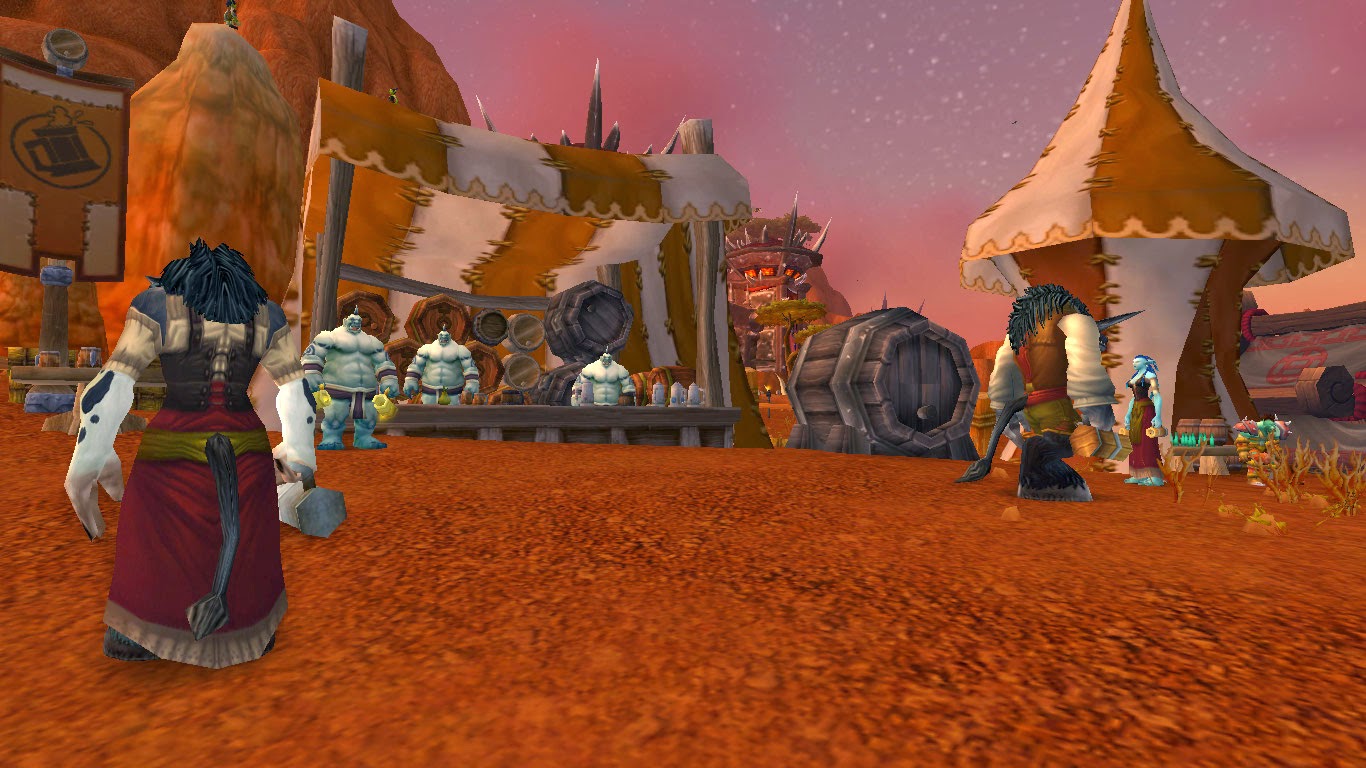 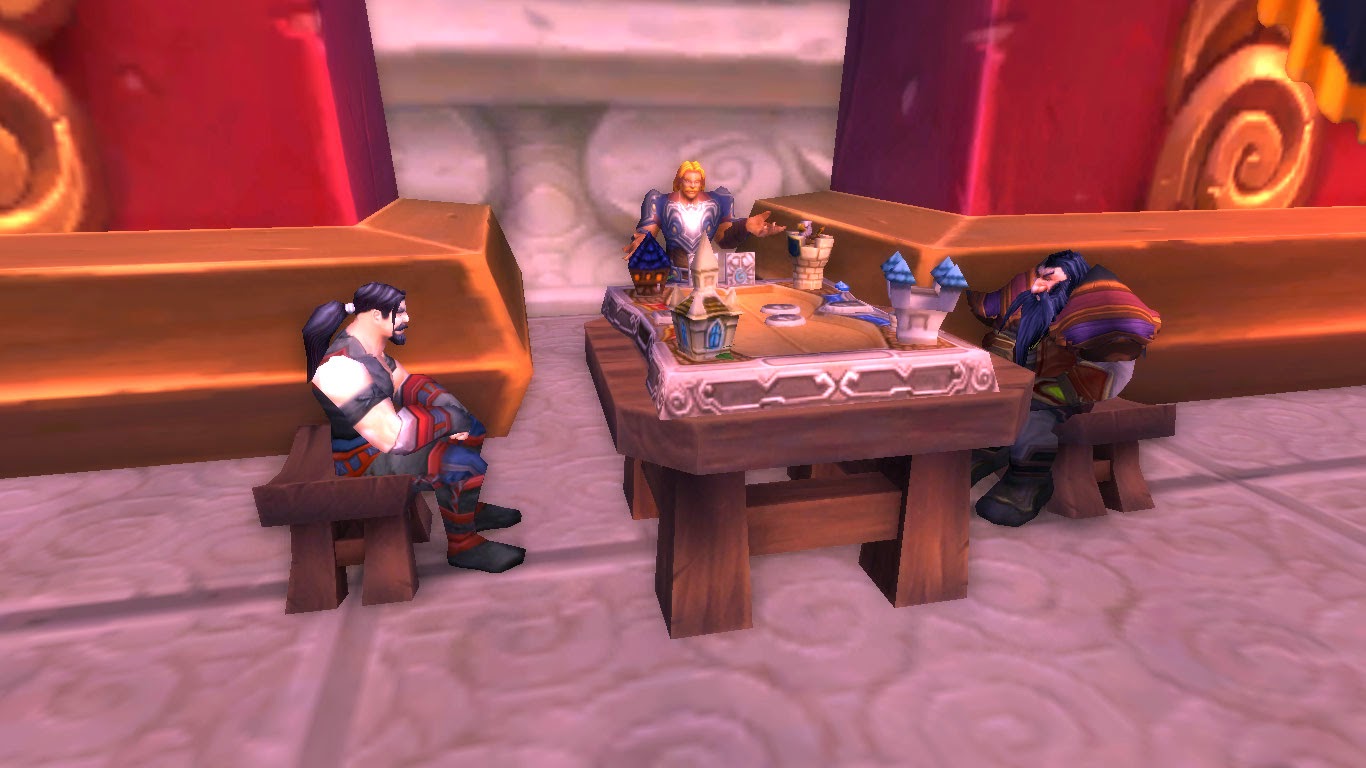 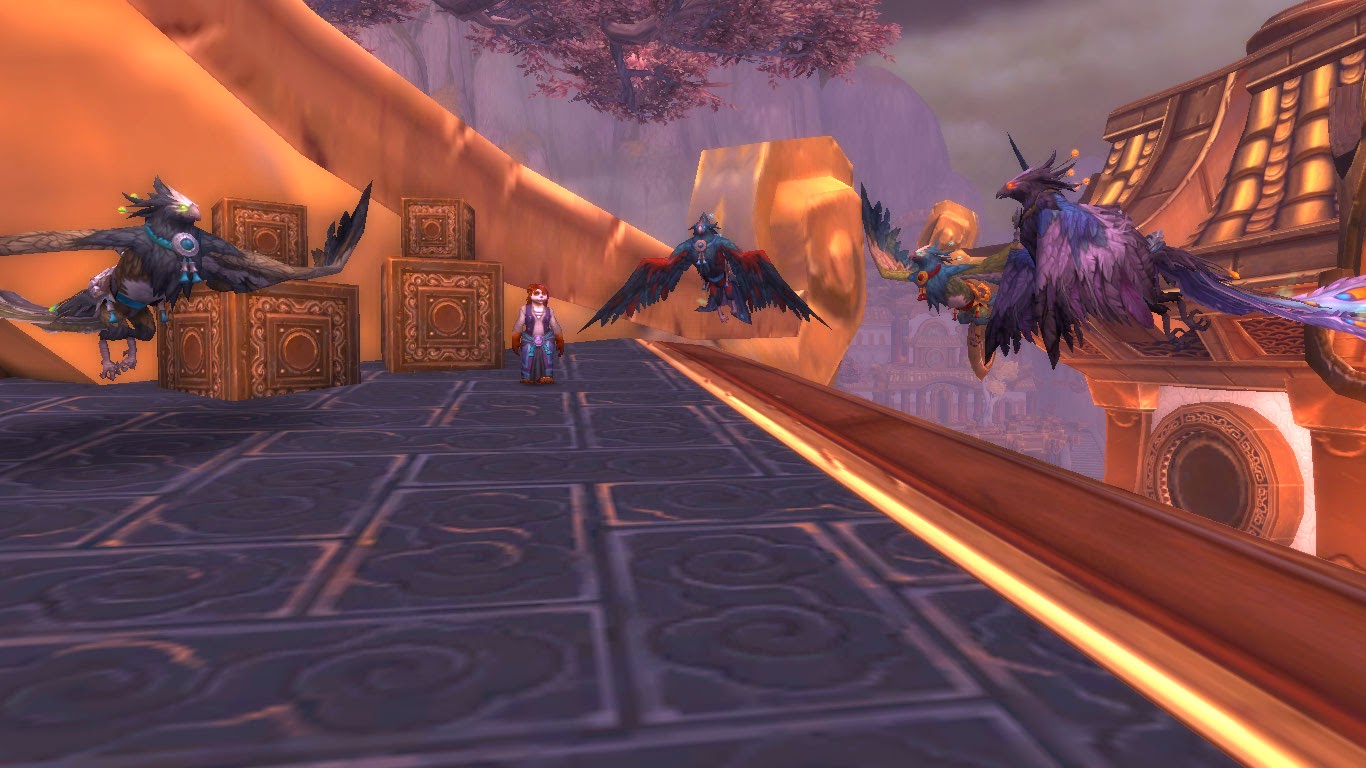 "I wish I had one of those" 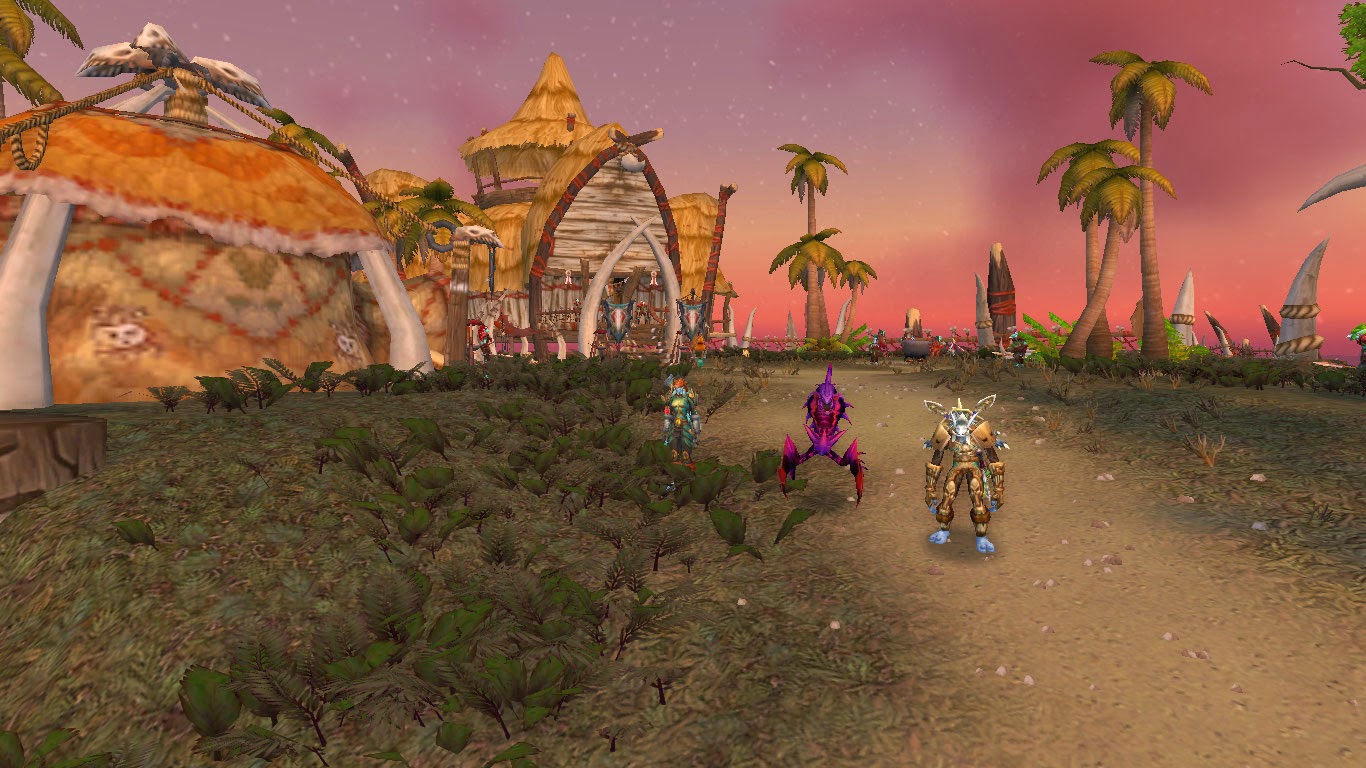 And here comes the rest 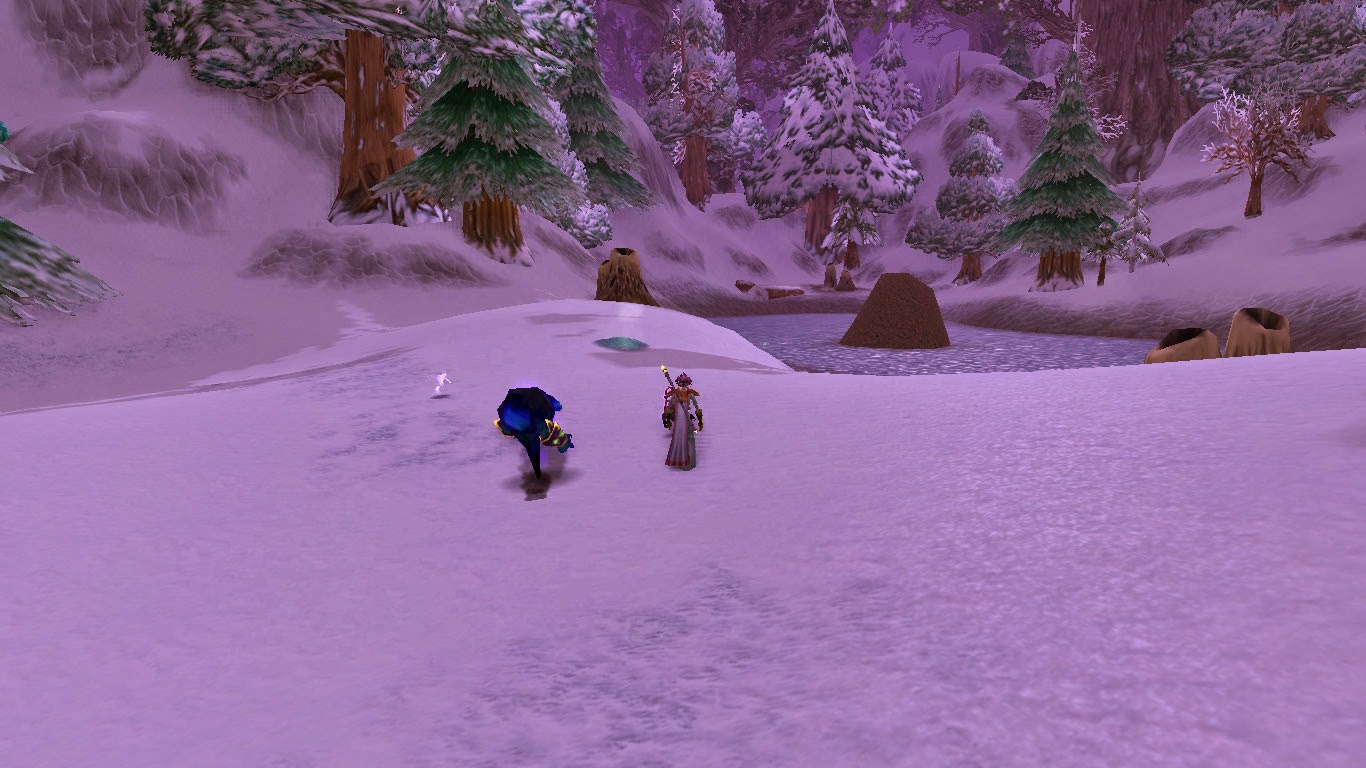 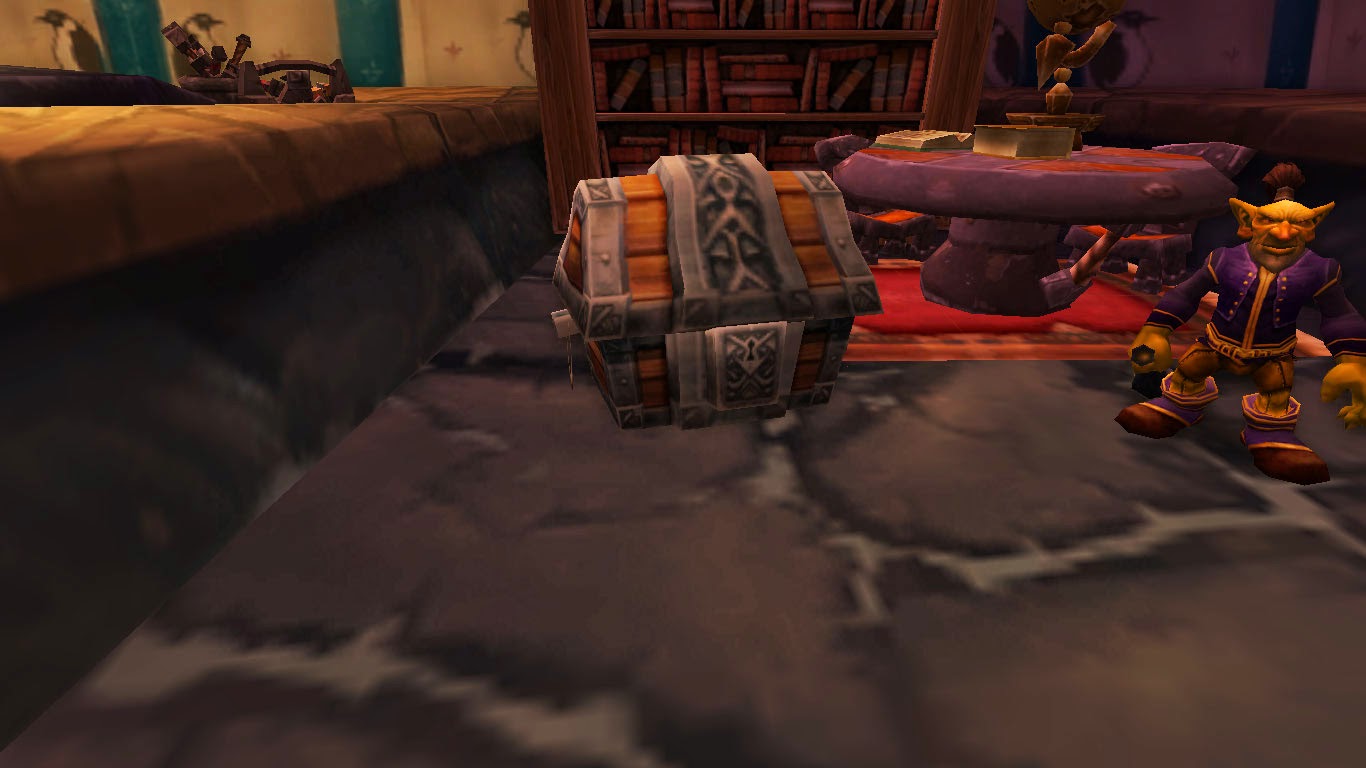 "I wonder what key I need to open this one" 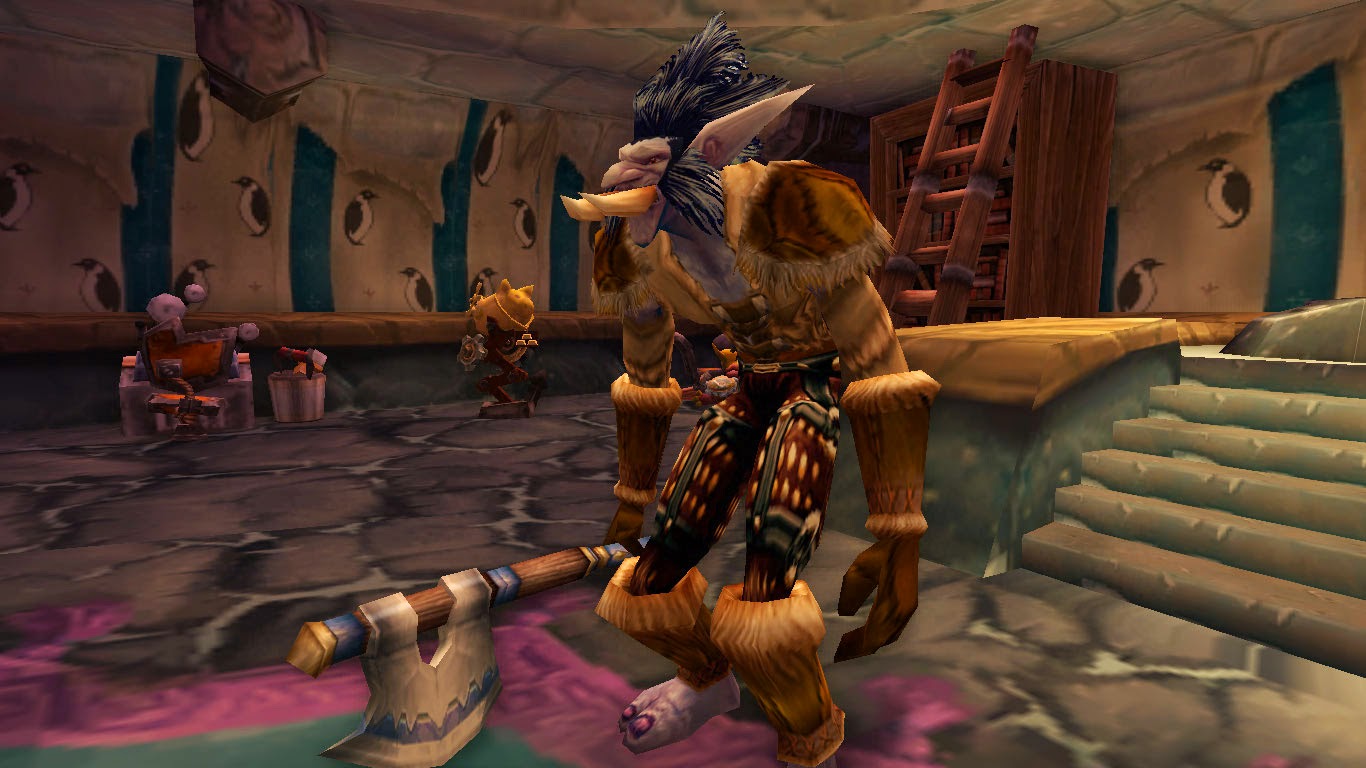 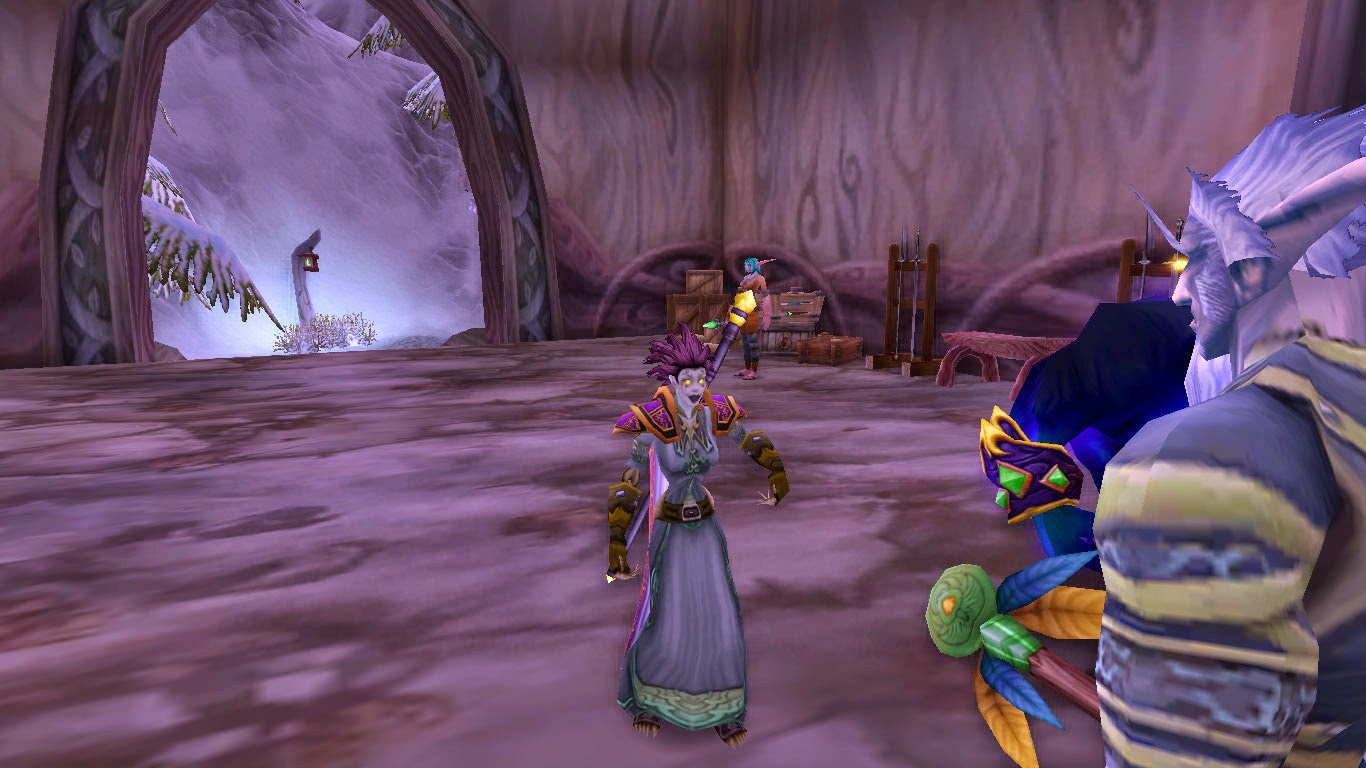 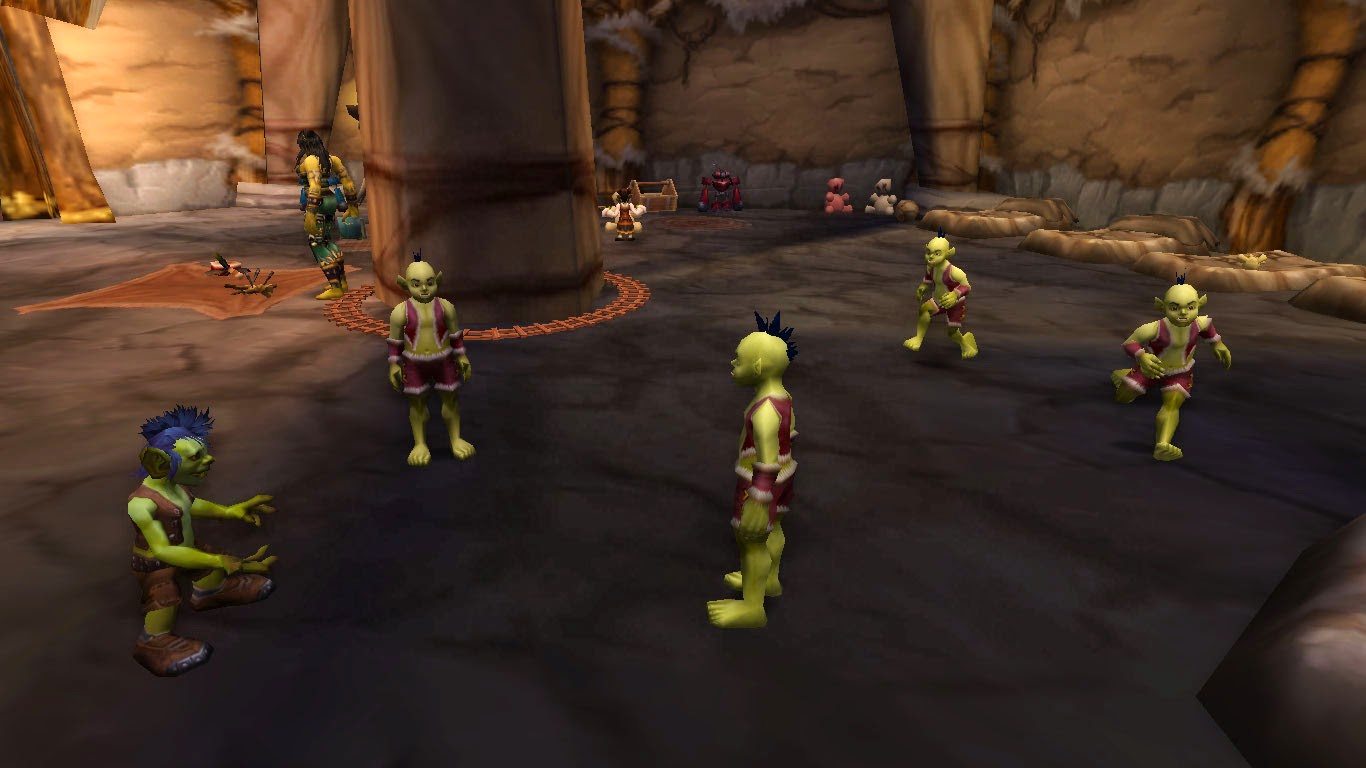 "Everything as well as life and heroism has a beginning.." 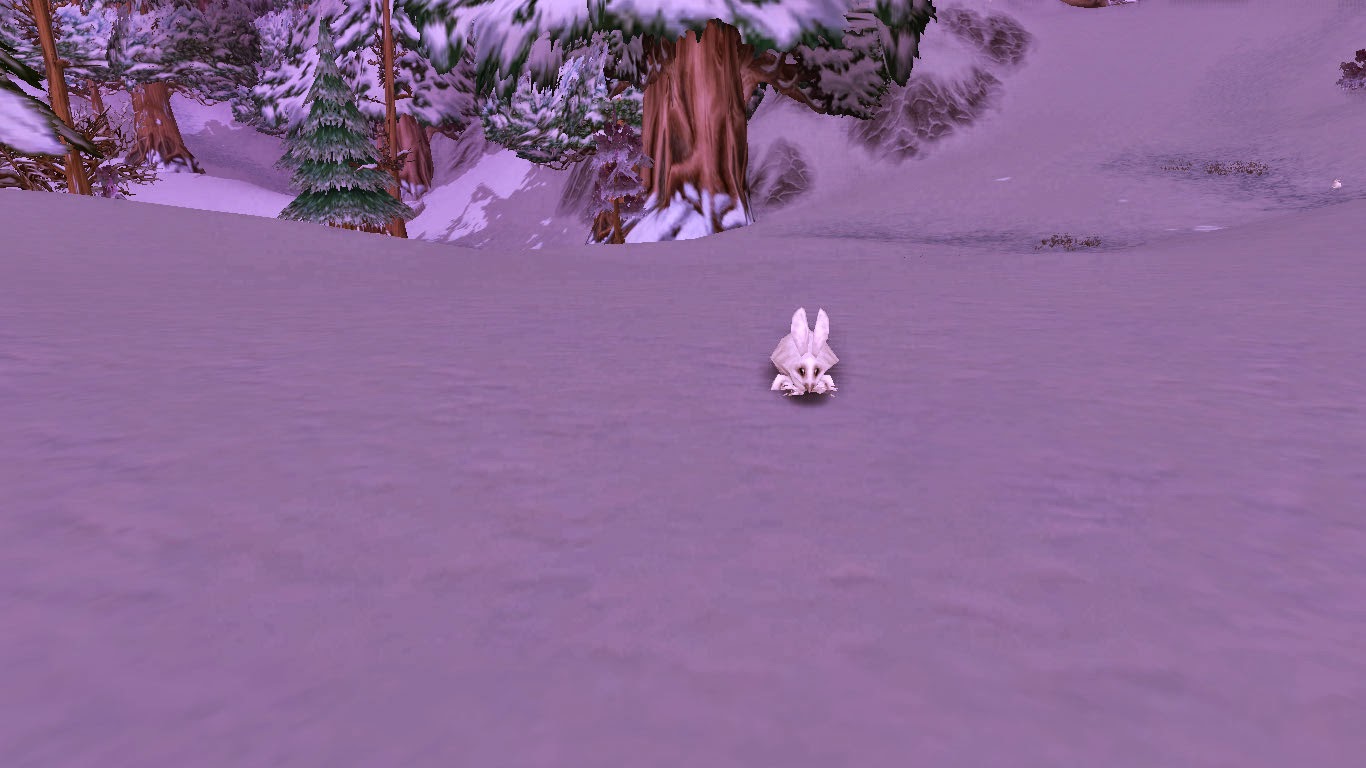 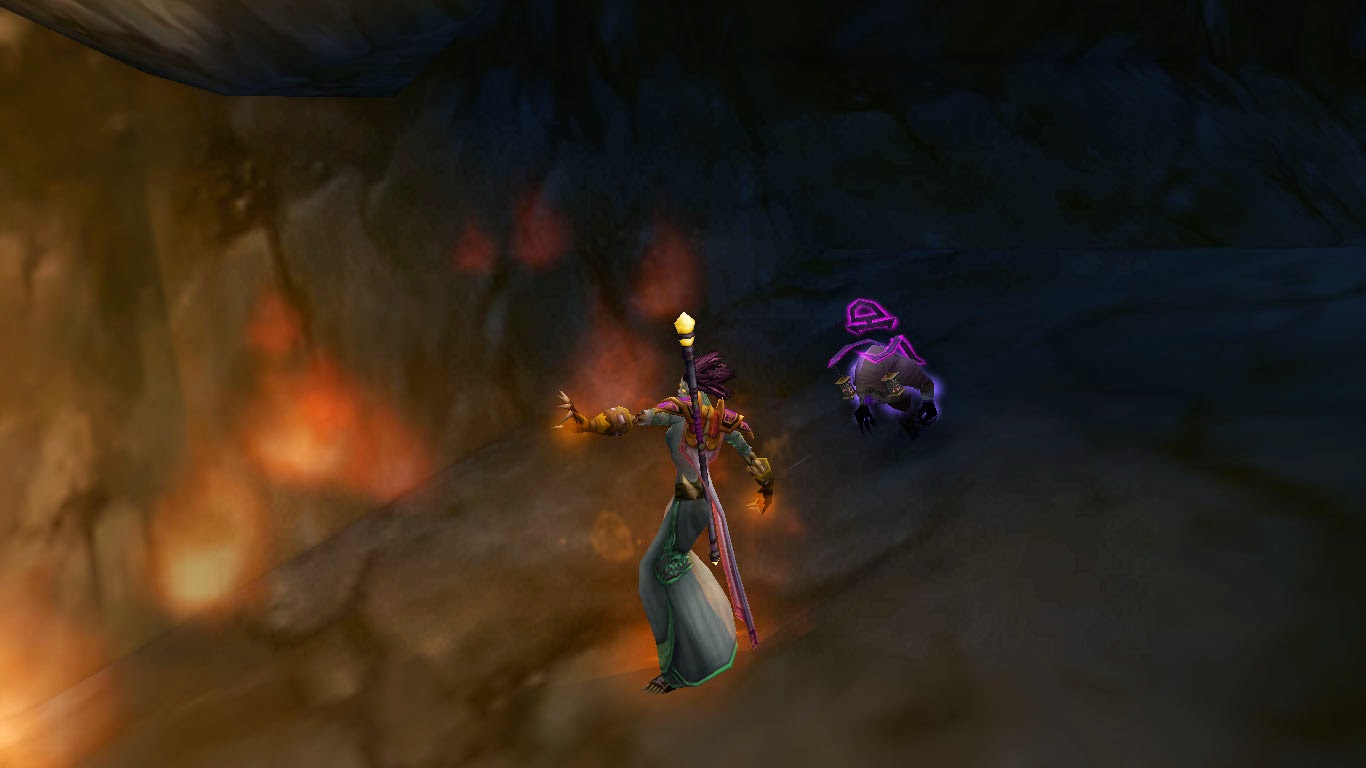 I´m late with these sadly thanks to a bad cold. But now I´m nearly a 100% free from it and can again sit behind the computer screen. So lets fix those screenshots I´m missing 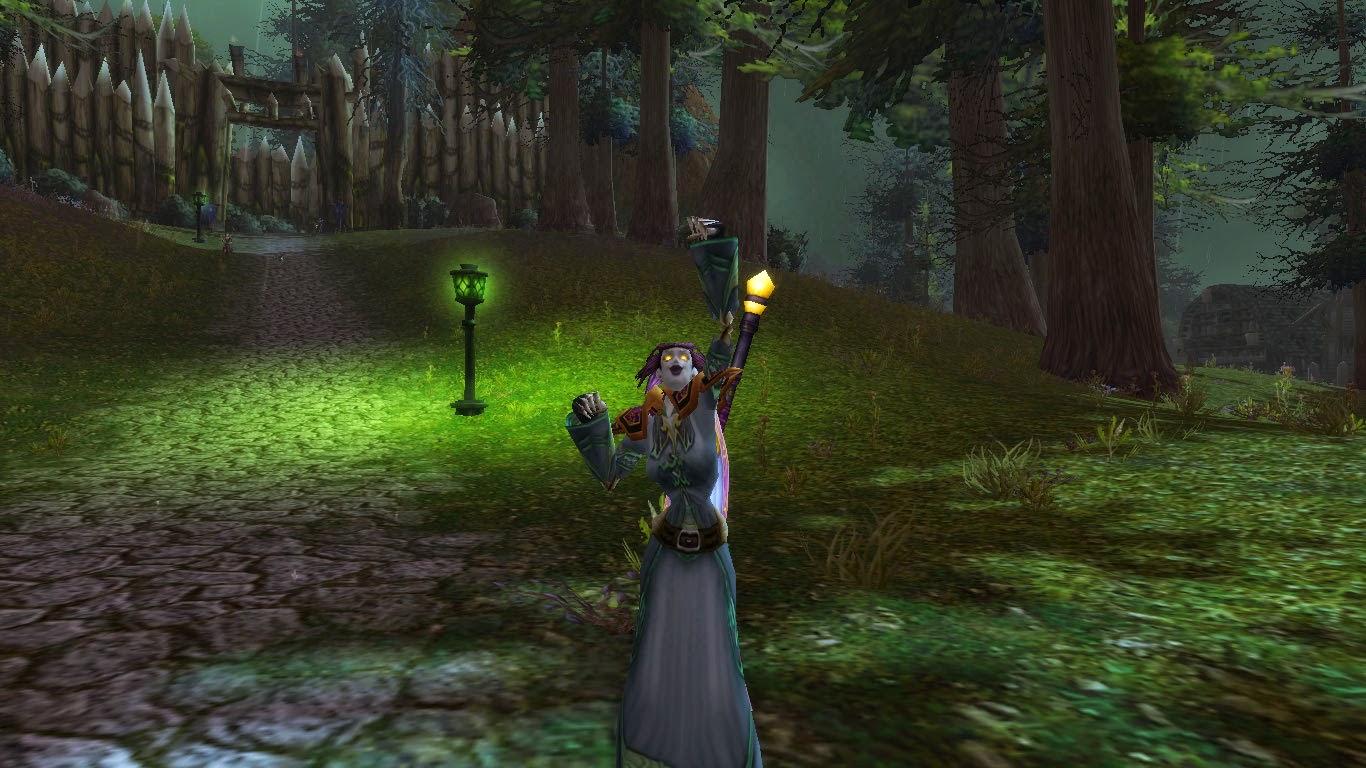 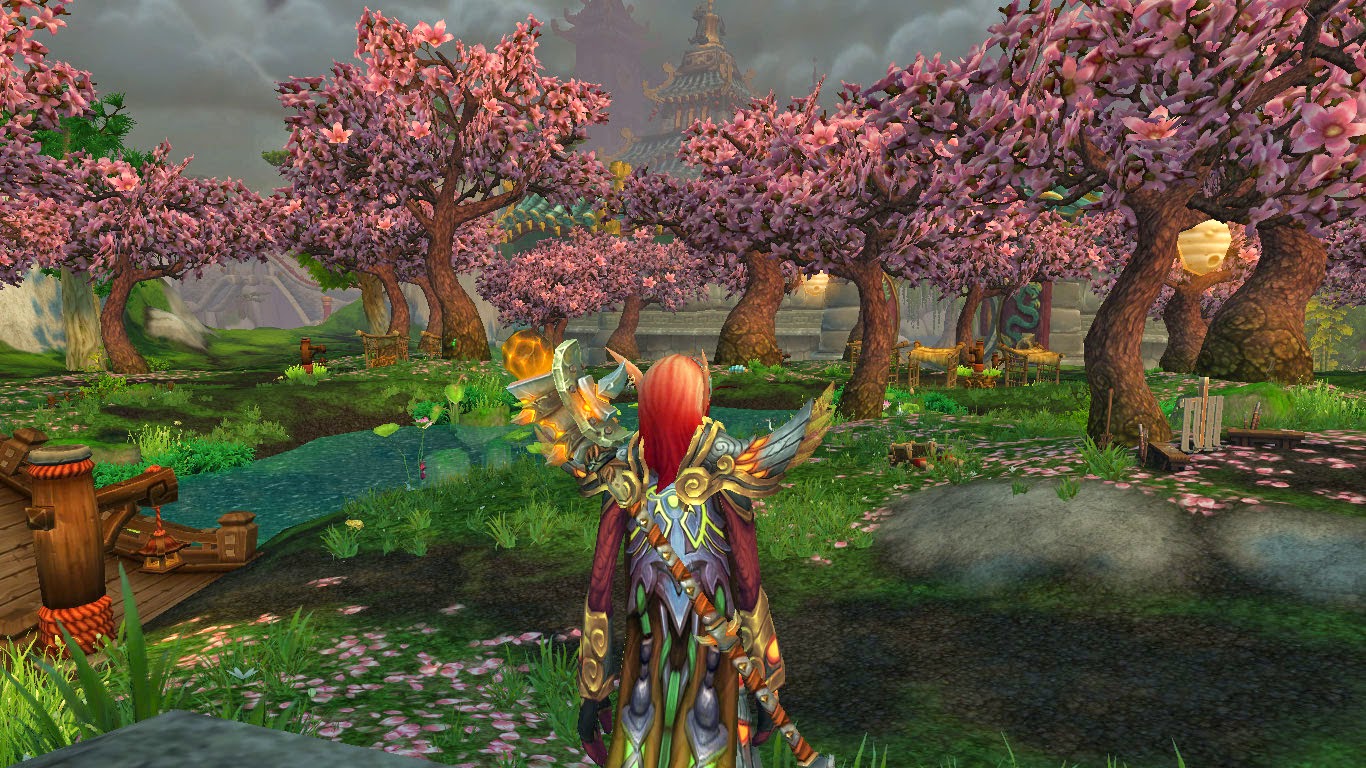 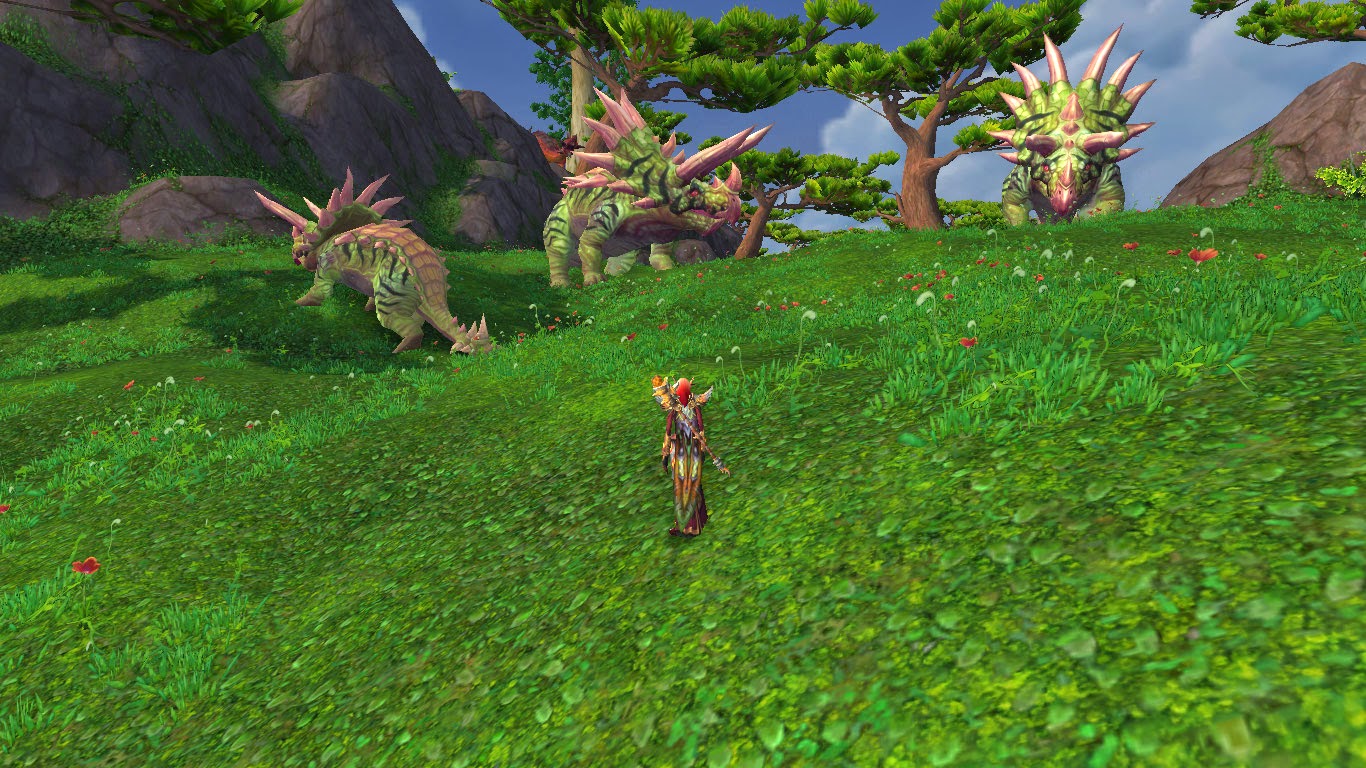 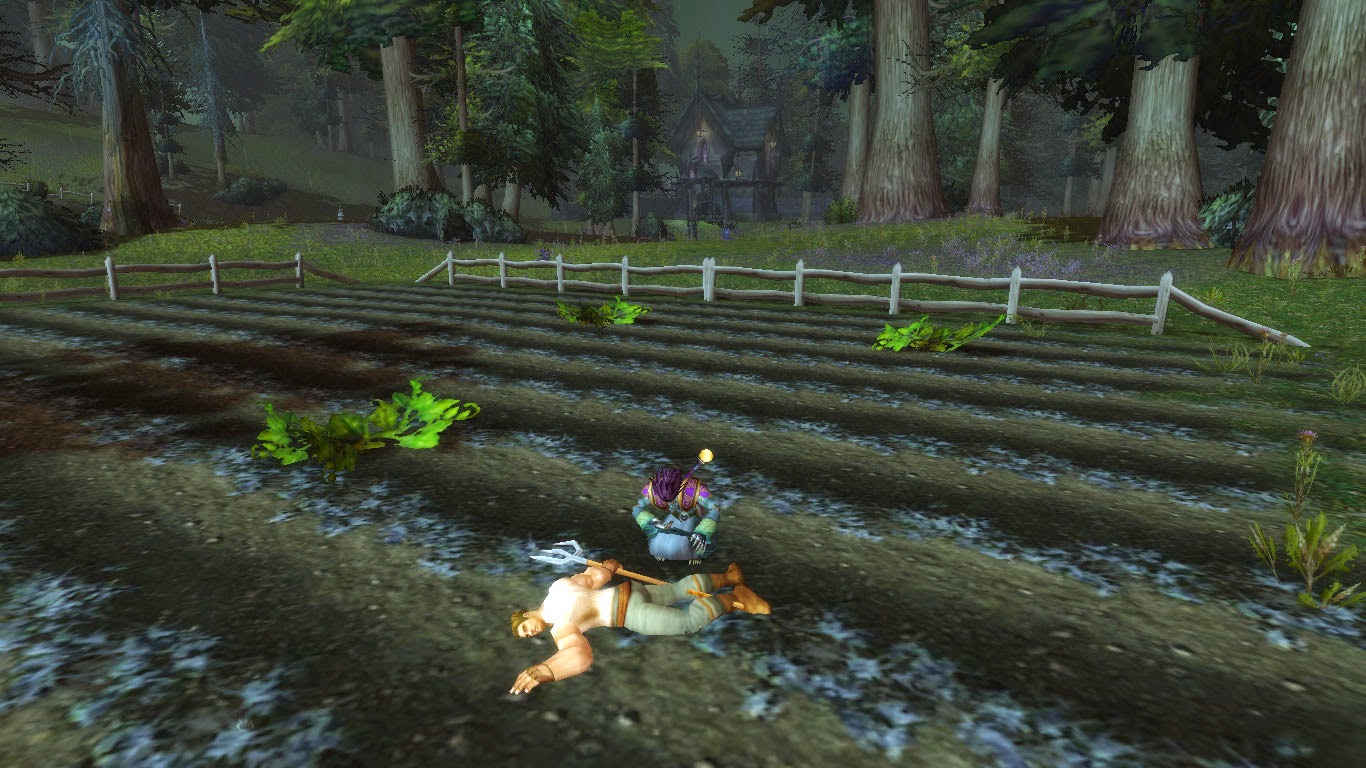 I don´t know if that´s so healthy my friend... 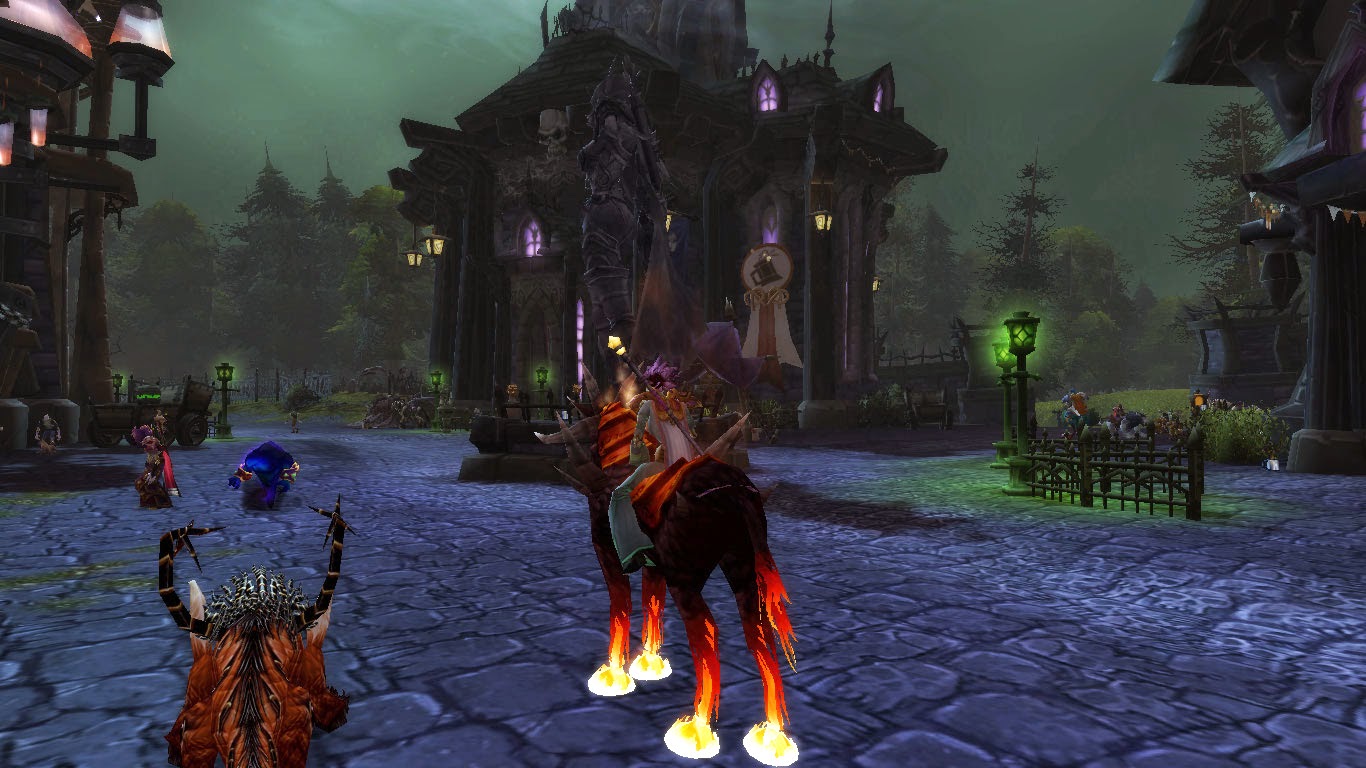 Remember who you are and where you come from.. 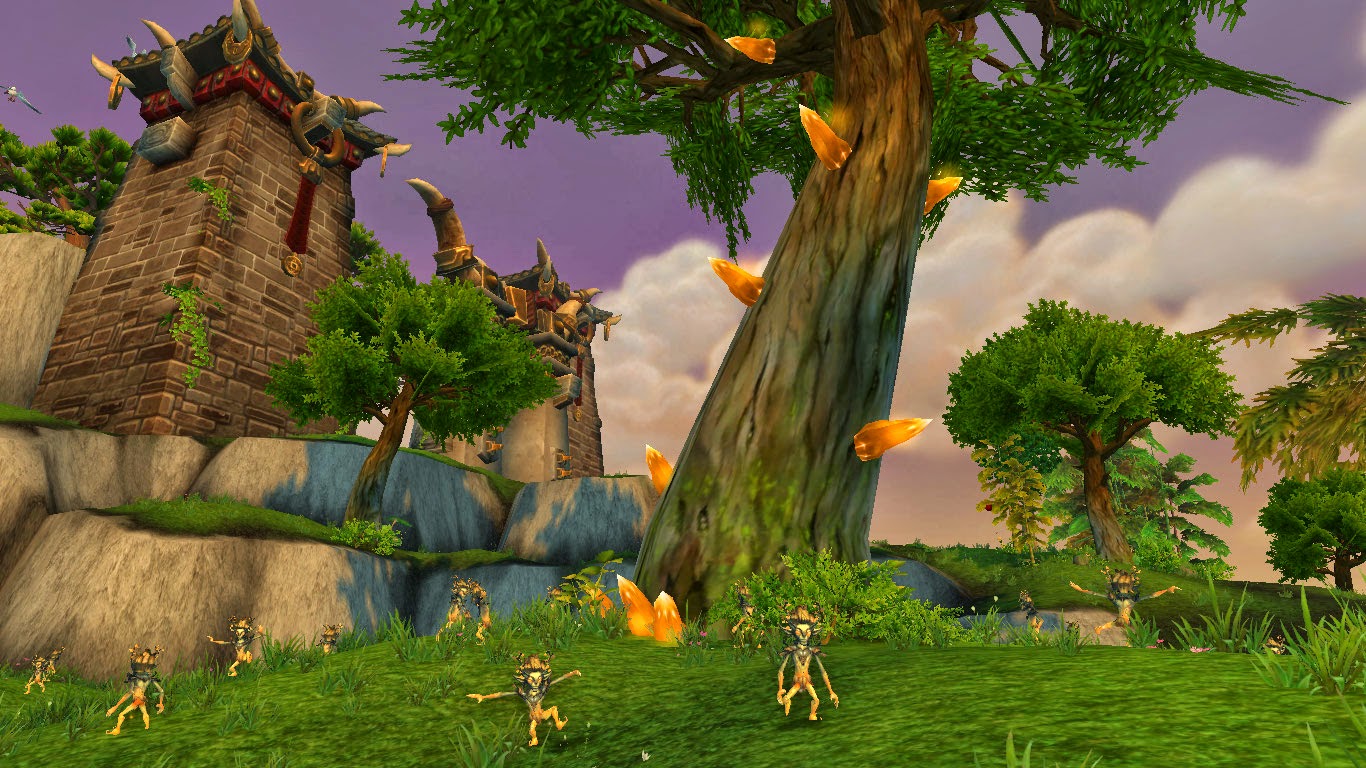 The sprites and things on tree is orange :p 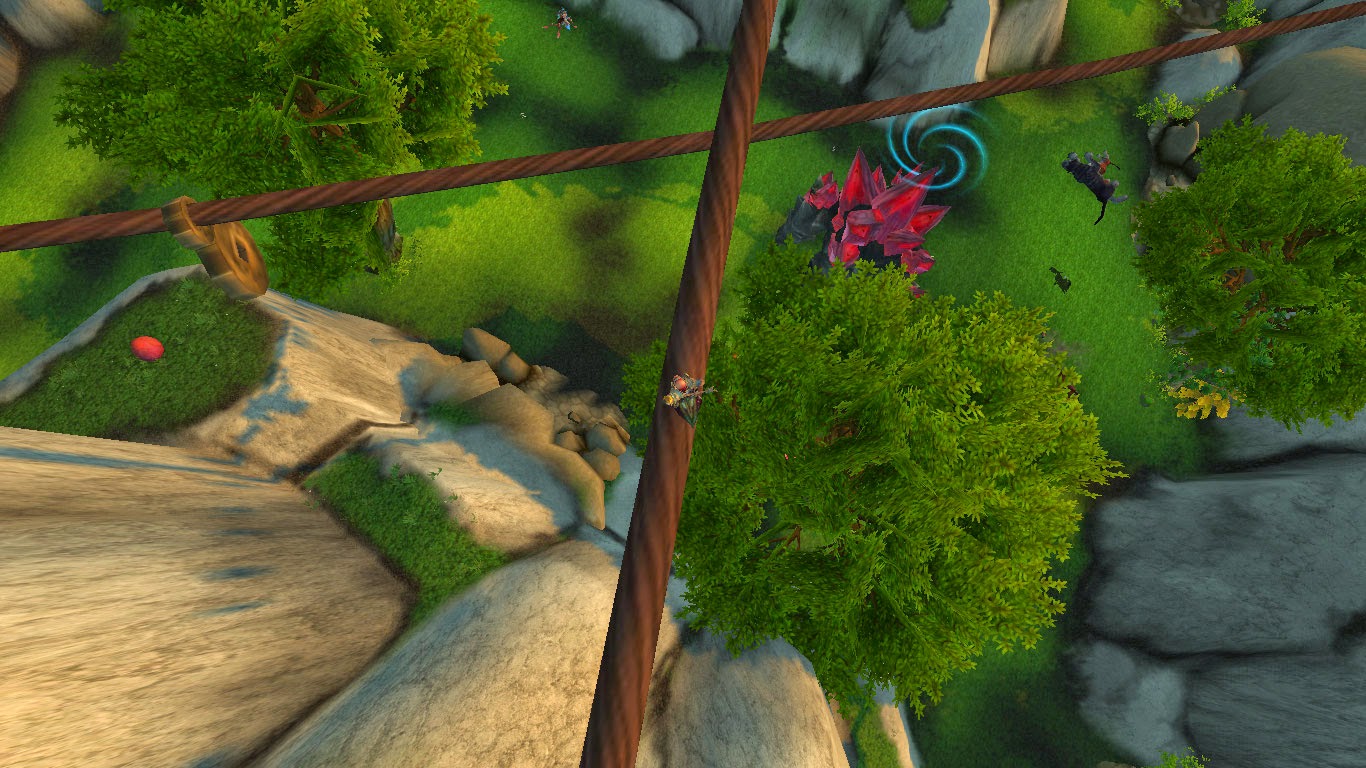 Doing this thing over and over again to get to that stupid chest...
And I always miss it..
at 20:27 No comments:

And were onto day number 8 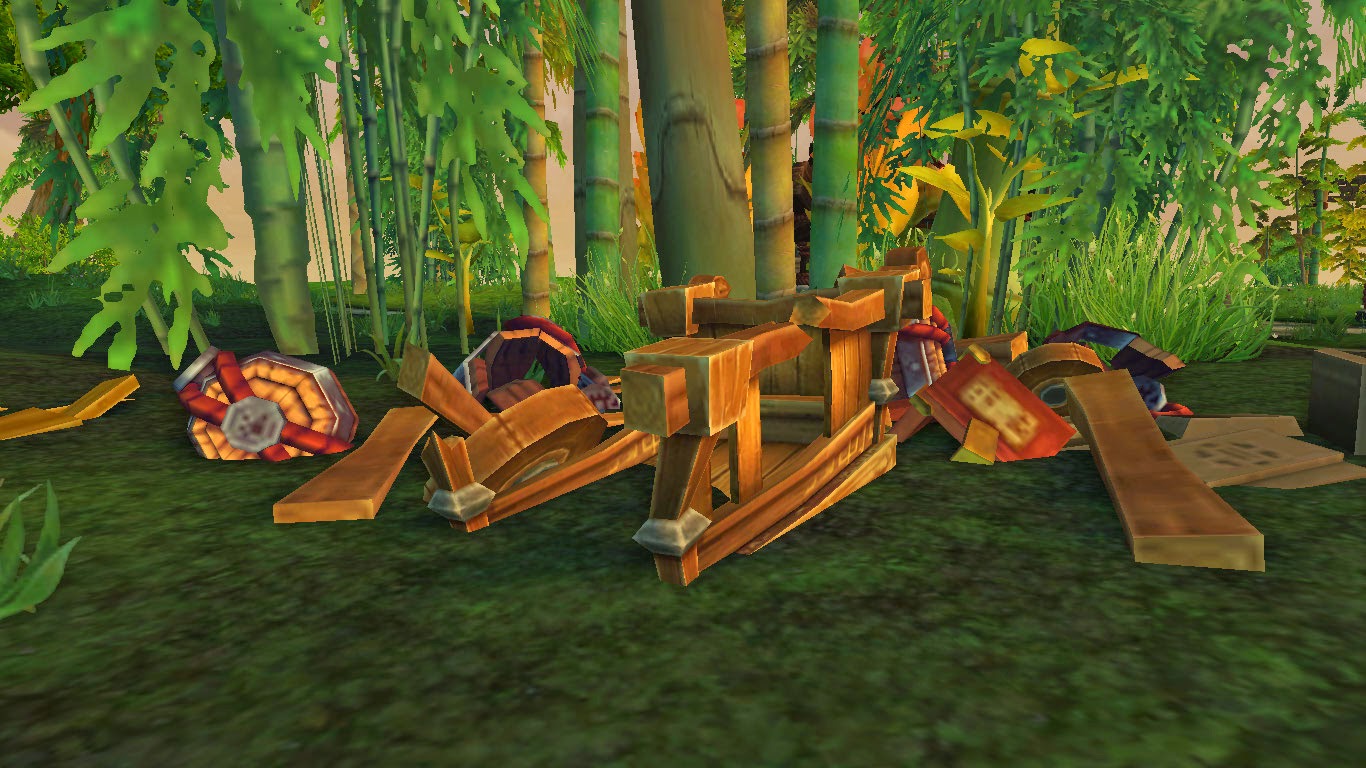 Well no explenation needed here right?
And NO it wasn´t me.

Salvira
I play World Of Warcraft and sometimes Diablo 3. I mainly play Horde, but Alliance is starting to grow on me.